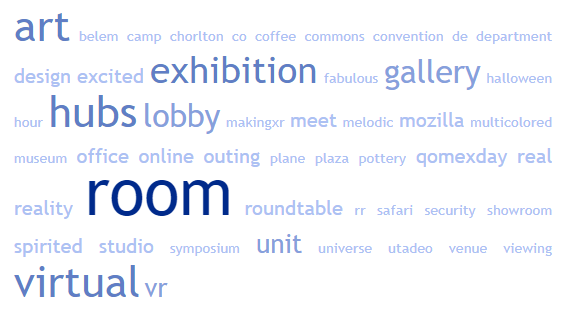 Mozilla Hubs is a virtual reality (VR) platform developed by Mozilla, an open-source software community. It allows users to create and participate in immersive, online spaces where they can communicate and collaborate with others in real time.

Mozilla Hubs was first announced in 2017 as a project under development at Mozilla’s Mixed Reality team. It was designed to be an easy-to-use platform that would allow anyone to create and share VR experiences without requiring specialized equipment or technical expertise.

One of the main features of Mozilla Hubs is its compatibility with a wide range of devices, including desktop computers, tablets, and smartphones. This makes it easy for users to access and participate in VR experiences, regardless of their hardware.

In addition to its device compatibility, Mozilla Hubs also offers a variety of tools and features that allow users to customize their VR spaces. These include the ability to import and display 3D models, as well as the option to use custom avatars and backgrounds.

Mozilla Hubs is built on top of WebXR, an open standard for creating immersive experiences on the web using technologies such as virtual reality (VR) and augmented reality (AR).

WebXR allows developers to build VR and AR applications that can be accessed through a web browser, without the need for any specialized software or hardware. This makes it easier for users to access and participate in VR and AR experiences, as they can simply visit a website and use their device’s built-in sensors and display to interact with the content.

Mozilla Hubs uses WebXR to create a virtual reality platform that allows users to create and participate in immersive, online spaces. When a user enters a Hub, their device’s sensors are used to track their movements and position, allowing them to move around and interact with the virtual environment in a natural way.

In addition to WebXR, Mozilla Hubs also relies on other technologies to provide a smooth and immersive experience for users. These include WebRTC (Web Real-Time Communication), a standard for enabling real-time communication over the web, and WebGL (Web Graphics Library), a JavaScript API for rendering interactive 3D graphics in a web browser.