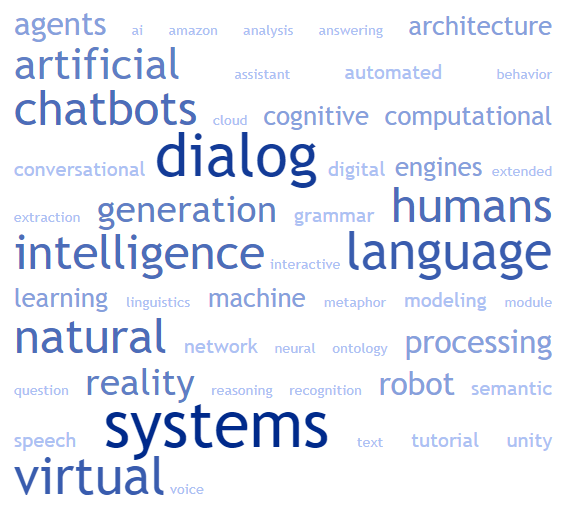 One of the things being done with Meta-Guide.com is data mining, or text mining, primarily on videos and scholarly literature, which are something of opposite poles on either side of the finite window of generic search. The main purpose for doing this is data ingestion for natural language generation. The ultimate goal being a conversational agent that can write essays on given topics, and in turn use those essays as the basis for talking or conversing about the essay topics. The fruits of this journey into natural language processing, chatbots, and artificial intelligence, are being applied to the travel vertical at GaiaPassage.com.

#virtualbeings : Now you can become a cute virtual avatar with just the power of your voice https://www.facebook.com/groups/virtualbeings/permalink/1160104841121396/