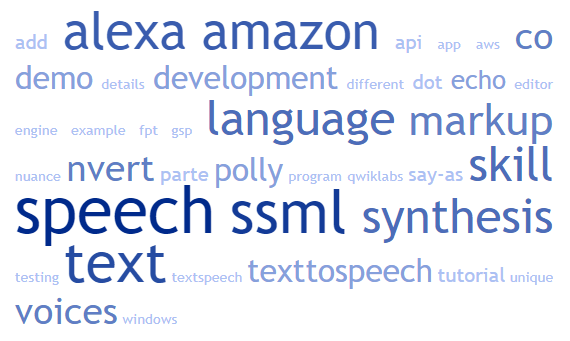 Speech Synthesis Markup Language (SSML) is a standardized markup language for specifying the pronunciation, phonetics, and other aspects of synthesized speech. It allows developers to control the way that text is spoken by a synthesized voice, such as by specifying the pronunciation of words, the emphasis or stress on certain words or syllables, or the use of pauses or other prosodic elements. SSML can be used with text-to-speech (TTS) systems to generate more natural-sounding and expressive speech. In the context of virtual humans, SSML can be used to control the way that the virtual human speaks, in order to make their speech more natural and realistic. For example, a virtual human might use SSML to specify the emphasis or intonation of their speech, or to control the pacing and rhythm of their words. Overall, SSML can be a useful tool for improving the quality and realism of the speech generated by virtual humans.