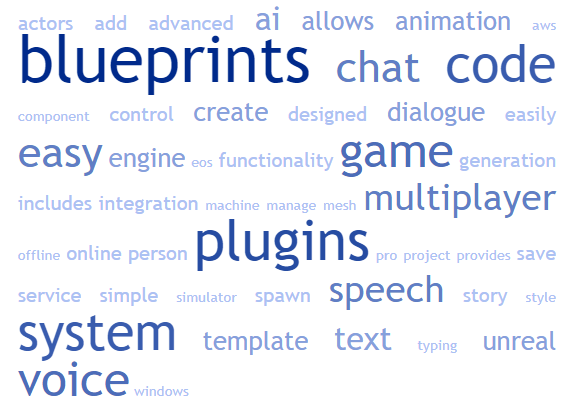 Blueprints can be used with speech and voice in Unreal Engine to enable characters and other objects to recognize and respond to voice commands or spoken dialogue. To do this, users can create Blueprints that include logic and behavior for recognizing and responding to specific voice inputs.

To use Blueprints with speech and voice in Unreal Engine, users will need to have a microphone and a voice recognition system set up. They can then create Blueprints that include logic for recognizing and responding to specific voice inputs, and use these Blueprints to control the behavior of characters or other objects in their Unreal Engine projects.