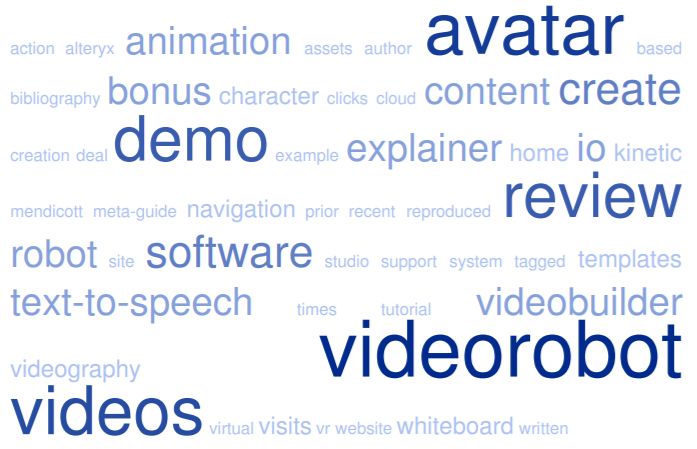 VideoRobot is described as a next-generation video technology app that allows users to create and edit videos with features such as green screen, text-to-speech, and translation. It includes a range of templates and voiceovers, and is user-friendly. It is described as the world’s first fully-inclusive and user-friendly video creation and conversion platform. It is also described as one of the best video creation platforms on the market, with unique and attractive features. The app is available on various websites. It is described as being suitable for a range of purposes, including creating explainer animations and whiteboard doodles, and is also mentioned in relation to creating videos for medical patient education and laboratory use. It is described as video creation software for all users, and as having features that are not available in any other app. It is also mentioned in relation to computer animation and lip-sync technology, and as being trusted by customers.